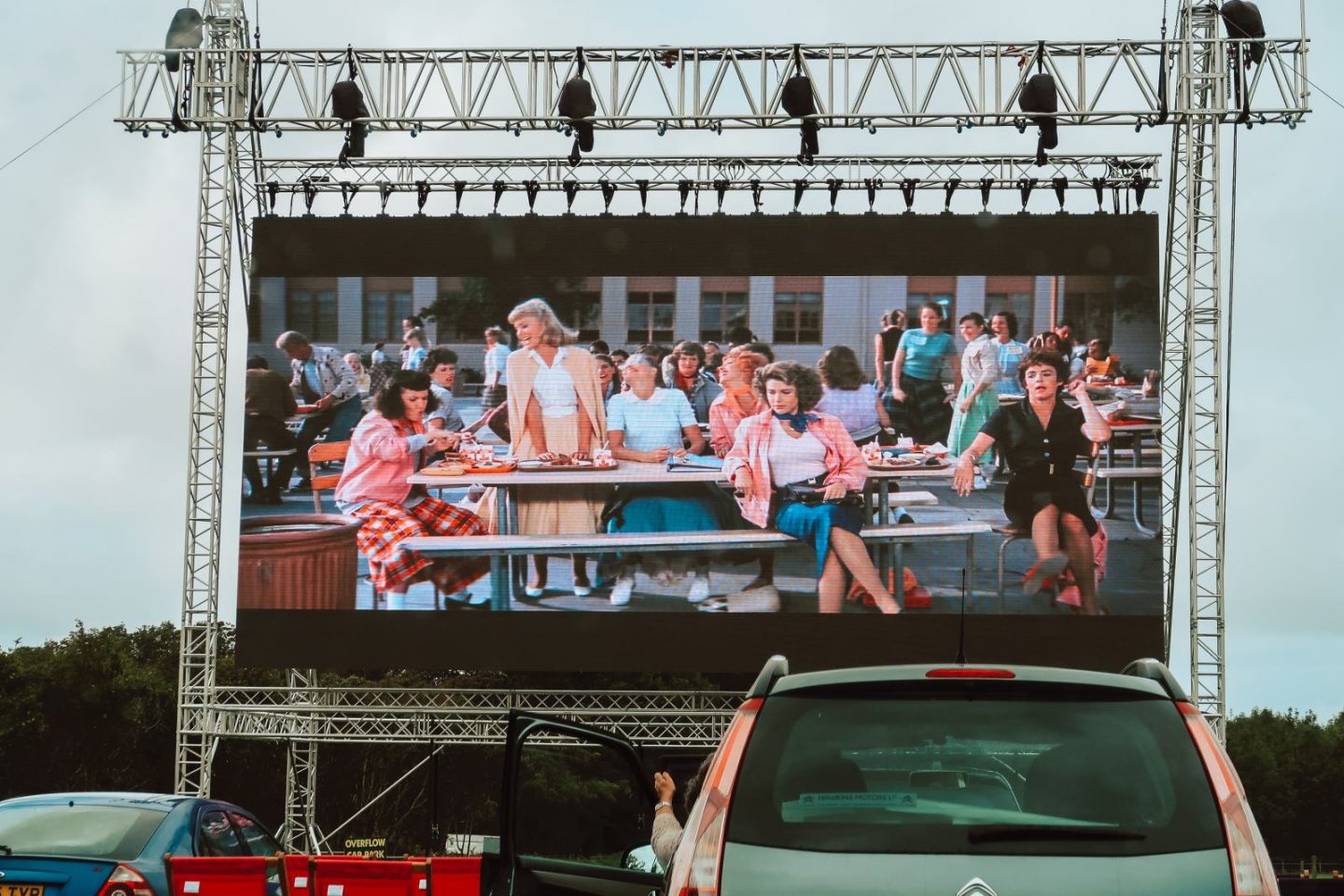 I’ve wanted to go to a drive-in cinema for years, but they’ve been even more popular this year after Covid-19 closed traditional cinemas.

With Newquay tourist attraction Dairyland closed this year as a result of the pandemic, part of their land was put to brilliant use with a drive-in cinema with huge LED screen.

The Newquay Drive-In cinema listed viewing for a range of films, with The Secret Life of Pets and Moana for the kids, and popular movies such as The Greatest Showman and Bohemian Rhapsody. Jake and I booked a daytime ticket for a showing of Grease, which is one of my favourite musicals.

How does it work? 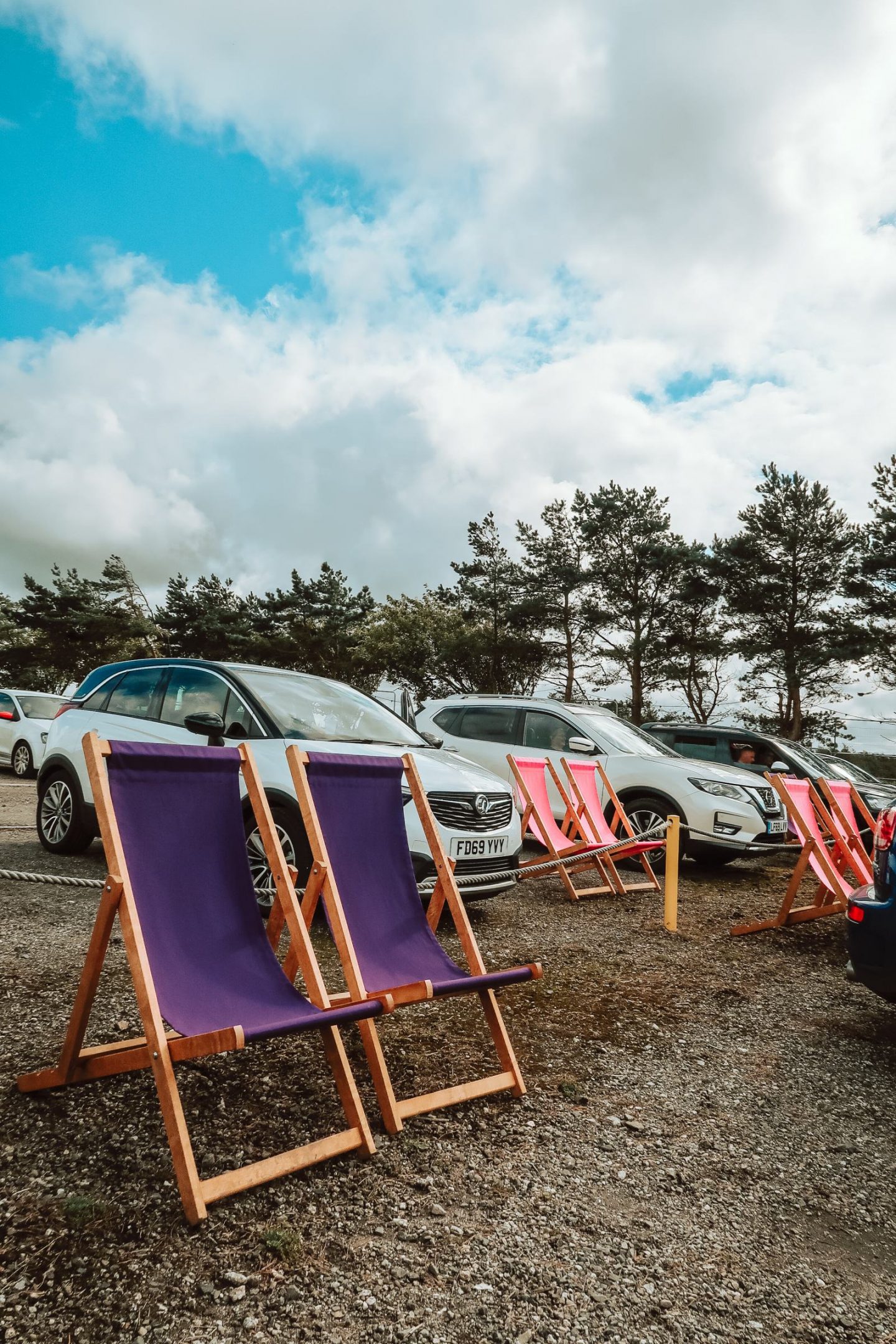 We selected our chosen movie from the list of films and showings and checked out online. Our ticket – charged per car – were send via email ready to display on arrival. Our ticket was £20 for a 3pm showing, with later showings costing up to £30 – with five people in a car, this would be £6 a ticket, which is still cheaper than most cinema tickets. We added a blanket onto our order, which was a beautiful recycled cotton throw to snuggle under.

What happens when you get there? 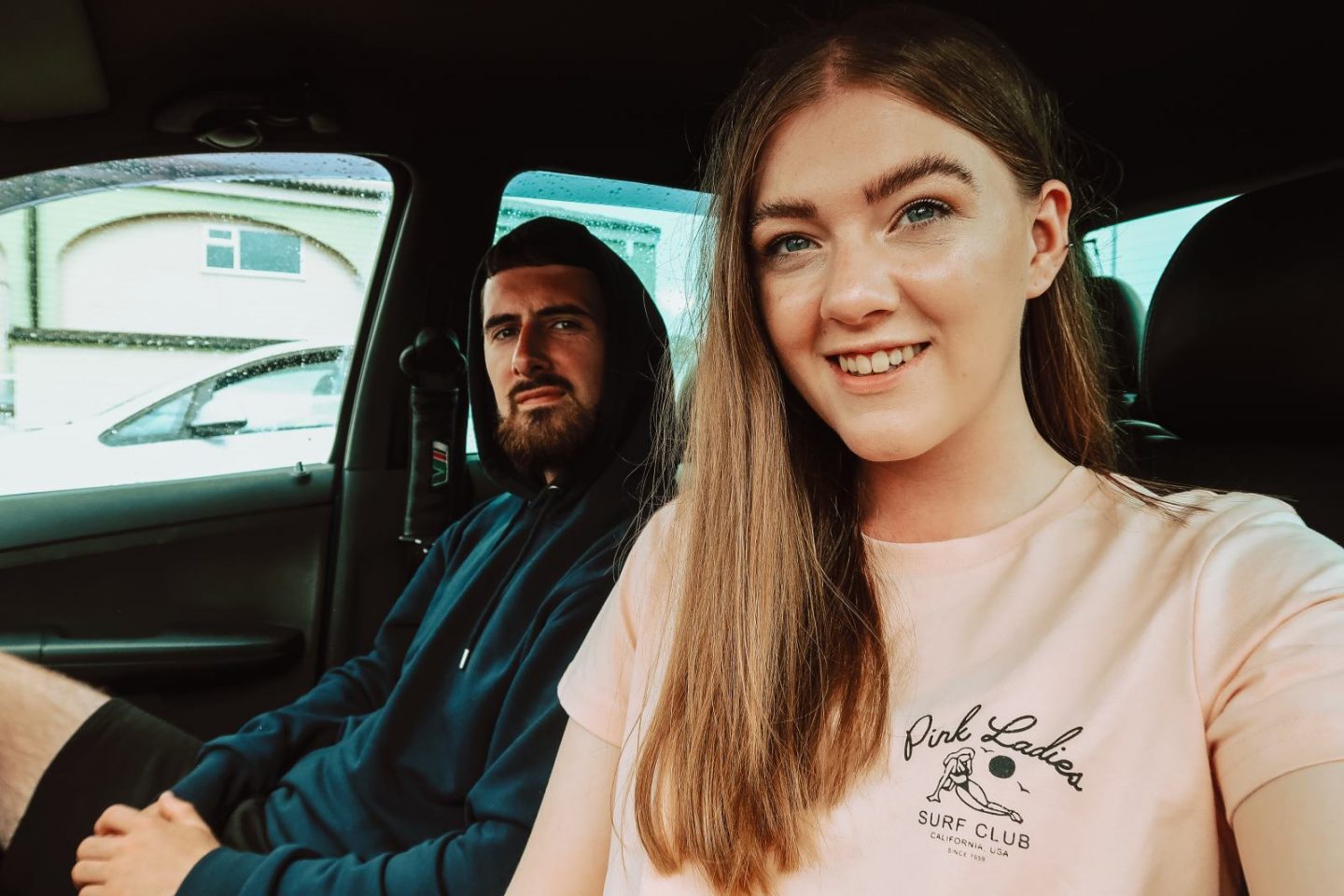 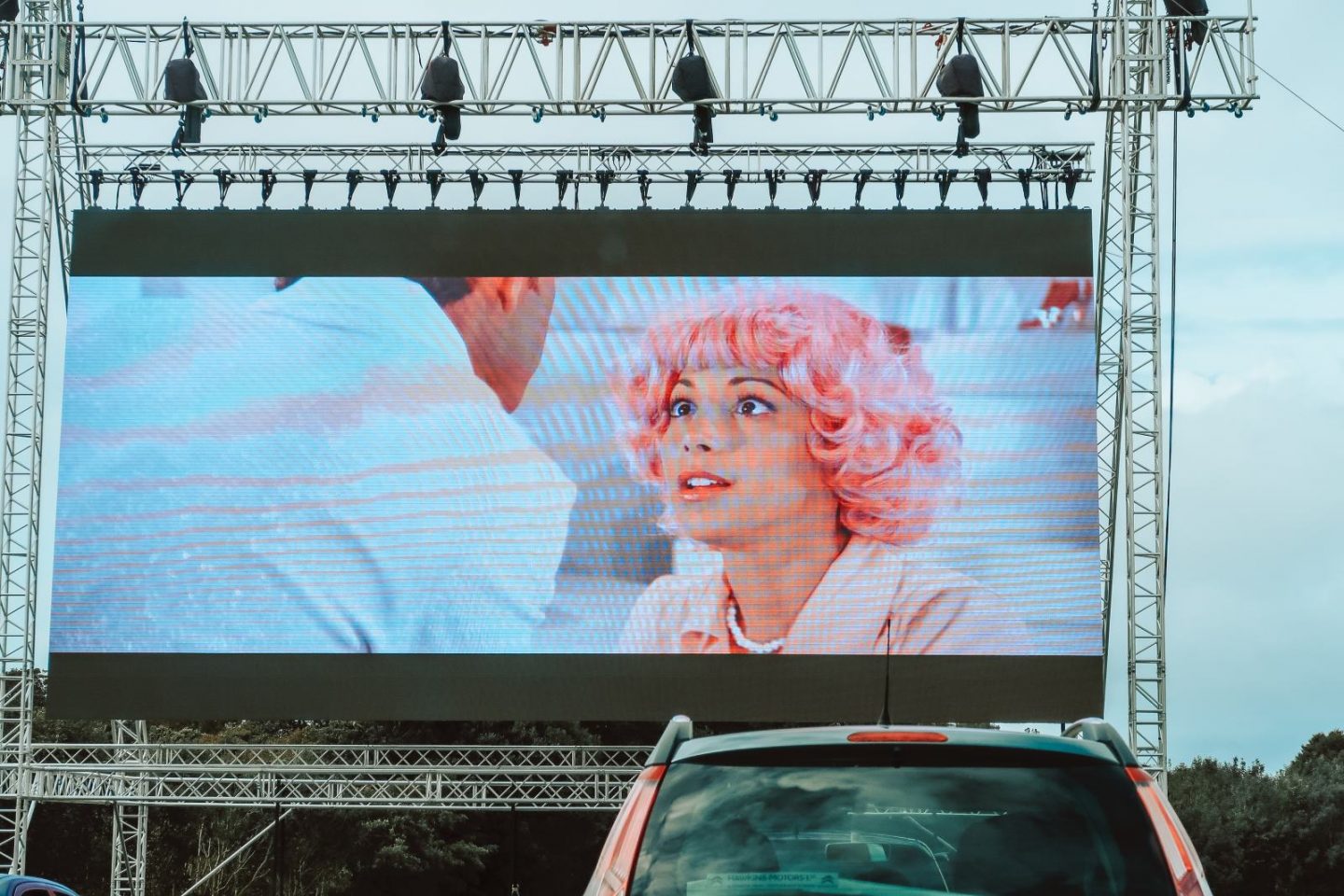 When we arrived on site, we were directed to a bay in the second row – smaller cars were  given bays nearby on a first come, first serve basis, with bigger vehicles and SUVs being allocated side bays. That said, the screen was huge and easily visible for all guests. We were given a parking bay number to use if we had any issues, and for ordering food via the virtual diner.

There was a strict one-way system to the loos to help keep staff and visitors safe and socially distanced, and your allocated bay was your bubble for the evening. Each bay had two deckchairs to lounge in at the right of our car, but since the weather was chilly, we decided to stay in the car anyway.

To listen to the film audio, we had to tune our car radio to 87.7FM, but Jake’s radio only tuned to 87.9FM, but thankfully, the team lent us a radio for the afternoon so that we could sing along to You’re The One That I Want and Beauty School Drop Out. 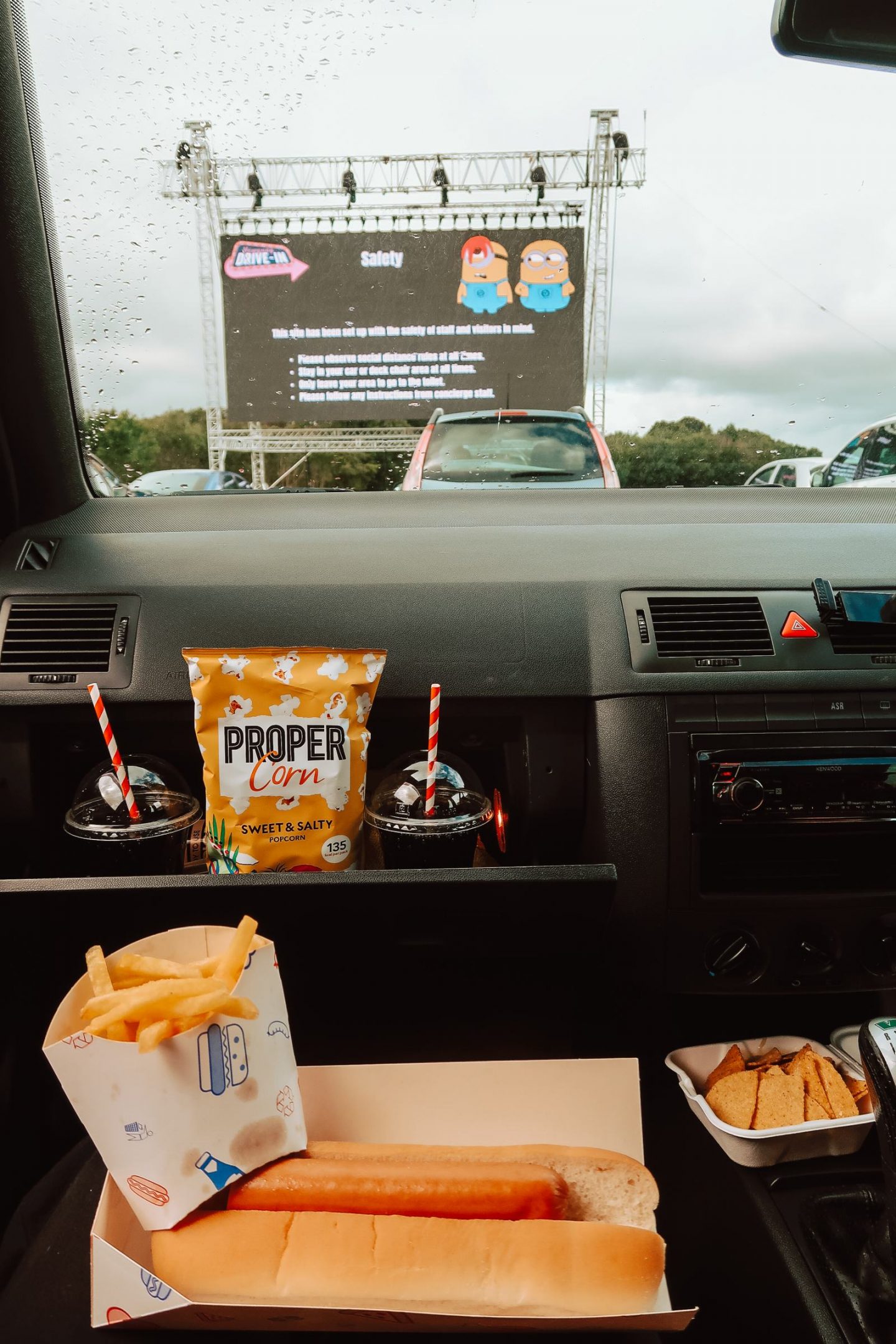 You’re more than welcome to bring your own snacks, but we ordered food from the virtual diner on our phones. I ordered a hotdog, fries, nachos, popcorn and large coca-cola’s, which came served as though it was straight out of The Frosty Palace. These were brought to our car in almost record speed,and passed through the window, with everyone wearing face masks.

Armed with my pink leather jacket and pink ladies t-shirt, I felt like a member of the cast. A feminist pink lady who wanted a leather jacket like the t-birds. Grease needs no introduction and is an absolute cult classic. There’s a drive-in cinema featured in the film, so it really brings it full circle and it looked amazing on such a big screen. We thought the tickets were well priced and the team were really helpful. Everything ran smoothly and I was ready to sit there all night for other showings!