Oh my god, what is everyone’s problem with Last Christmas?

I’ve read some horrible reviews slamming the latest Christmas movie to hit the big screen. It’s been described as ‘one of the worst films ever’, ‘objectively terrible’ and ‘wildly crap’ by The Guardian alone.

But me? For someone pretty cynical about Christmas films – I bloody loved it.

Kate, played by Game of Thrones’ Mother of Dragons, Emilia Clarke, works as an elf if a festive-themed store – but dreams of being an actress.

Okay, I admit – that does sound pretty shit – but stick with me.

She spots a mysteriously handsome young lad called Tom lurking outside the shop staring up at the sky. As it transpires, it’s his little motto to ‘always look up’, to find the beauty in the little things.

They keep bumping in to each other, which reminds me of the gorgeous Our Stop book I read earlier this year.

The ever positive, charming, and selfless Tom gives Kate the opportunity to take a leaf out of his book – and romance blooms.

Kate is a little messed up – and nothing seems to go her way – after her mental health declined following an operation which saw her life saved after a heart transplant. But Kate never felt like her heart was hers. It’s pretty emotional, and you can totally see where she’s coming from.

That’s where the mega infectious George Michael soundtrack comes in. ‘Last Christmas I gave you my heart’ takes a literal meaning in a jaw-dropping twist that you don’t know how you didn’t see it coming. I shot bolt upright, mouth wide open – and the second I was over the shock, tears rolled down my cheeks. 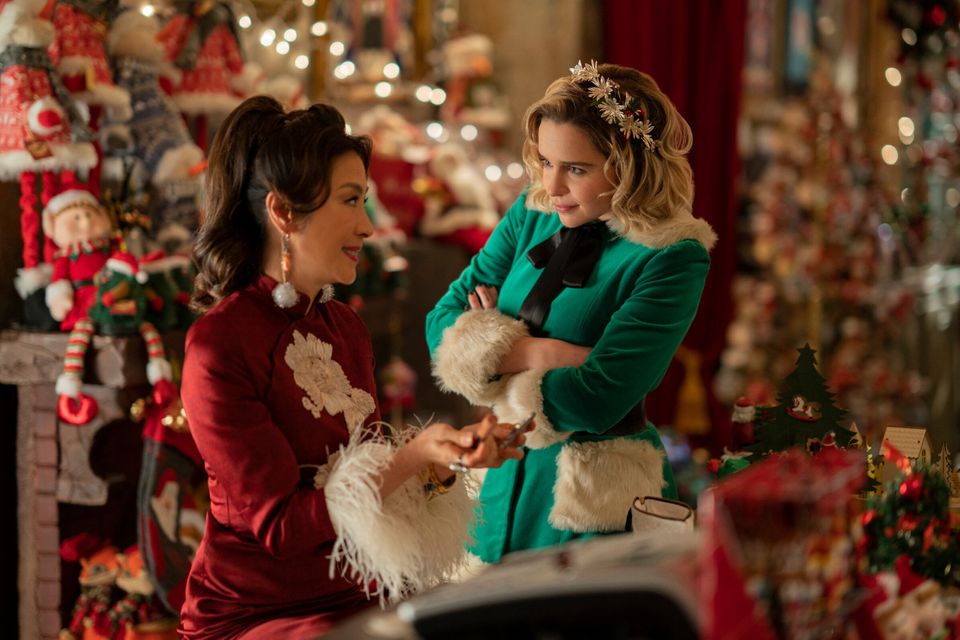 Oh yeah, maybe don’t go and see it if you’ve not yet lost at Whamageddon.

Emilia is absolutely hilarious as Kate, at it’s refreshing to see her play someone other than Daenerys, and Tom’s spontaneity is a little irresistible.

This could just have easily been a lovely, slightly mushy rom com Christmas film – and I would have still been happy. It was sweet and made me feel Christmassy – what more do you want?

But Last Christmas minutely explores post-Brexit racism and the growing issue of homelessness.

Kate – whose real name is Katerina – left Yugoslavia with her family to escape conflict. But when a young EDL-type youth jumps on a bus and tells a young couple to ‘go back to your own country’ – it’s a jarring reminder of the kind of things going on in our country, and issues we should be aware about. Kate’s mum spends much of her time at home panicking about deportation. A sad reality for some people living in the UK.

She ends up accidentally volunteering at a homeless shelter – but continues to do so when it makes her feel great. Kate even organises a festive show to raise money for the shelter.

Last Christmas is a light-hearted romance, touching on social issues, with a great soundtrack and a festive feel. There are far worse holiday movies out there and the cast did a great job. Ignore the critics and go and check it out for yourself.